Shantai's building materials have good fire performance, long service life and high strength. It is light in weight, waterproof and has a strong anti-staining ability.

We guarantee that our products have a long service life, super durable and no deformation.

Our products are made from renewable materials and are environmentally friendly.

Algeria Mosque Project, with a total area of 400000 square meters and GRC application area of 71328 square meters, is located in the central axis of Algiers City, the capital of Algeria

The usage amount of GRC components in this project can be 20000 square meters .Colored sandstone components of GRC are adopted for  facade decoration

Shantai' s GRC products are made through mixing raw materials and casting them into molds to produce products with a variety of shapes and textures. Therefore, our GRC products have unlimited plasticity.

Shantai adopts Colorful FRP to Zhuhai Chang Longmaxi Hotel.Our designed GRG board has the characteristics of nailing, planing, sawing and sticking.It is also very suitable for interior decoration and has an ideal indoor effect.

2.At present, Shantai New Industrial Co.,Ltd. has realized centering on Zhuhai headquarters, Dalian Branch in North, Jiangmen Branch in South, affected north , Yangtze River Delta, The Pearl River Delta of China as comprehensive strategic layout. In order to satisfy the ongoing market demand, in 2012, Shantai invested more than 60 million RMB in Sanshilipu Dalian to construct a  modern GRC production base  with highest specification and most professional level in northeast China.

3.As a leading enterprise, Shantai has become one of the well-known brands in the GRC industry and an important member of the International GRC Association and the committee member of China GRC Association. Also, we have obtained the national second-class qualification for integrating design and construction and have been rated as Enterprise of Observing Contract and Valuing Credit and the Advanced Private. 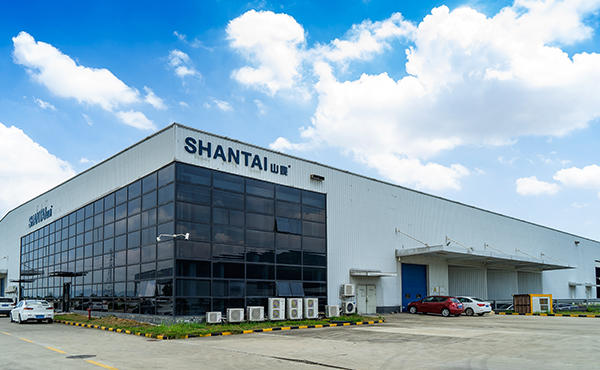 A strict QC system controls every detail of the production process.

More than 1000 classic engineering cases around the globe.